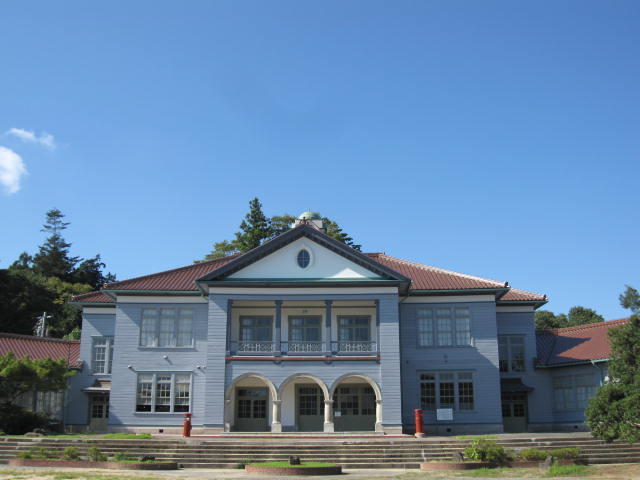 This building was completed by the contribution from the three brothers: Nakayama Taichi (Former member of Lord of parliament), Toyozo and Kisuke in 1924. Designed by a German architect and built by a master of traditional palace carpenter, Hashimoto Ginnosuke. This renaissance style wooden architecture was designated as a prefectural tangible cultural property in 1979 as a school architecture represents the works in the Taisho era. In 2011 the west classrooms were also added to the property list. The first floor exhibits the information about Hohoku region, buildings origin and the reproduced classrooms of Takibe elementary school. Special exhibitions are held in the hall on the second floor. The spacious hall is something you cannot miss.