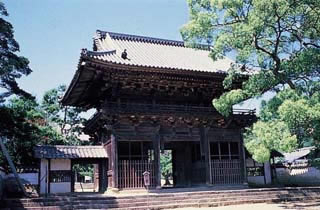 This temple was built in 741 when emperor Shomu ordered for each region to build a Kokubunji temple.

Despite becoming weak once in the Heian period, it got preserved by Ouchi and Mori using the chance of Suo domain becoming in charge of the budget for Todaiji, which is the headquarter of every Kokubunji temple.

It is rare to find a temple that keeps its whole site since founded. Suo Kokubunji former temple has nationally designated as the historical remains.