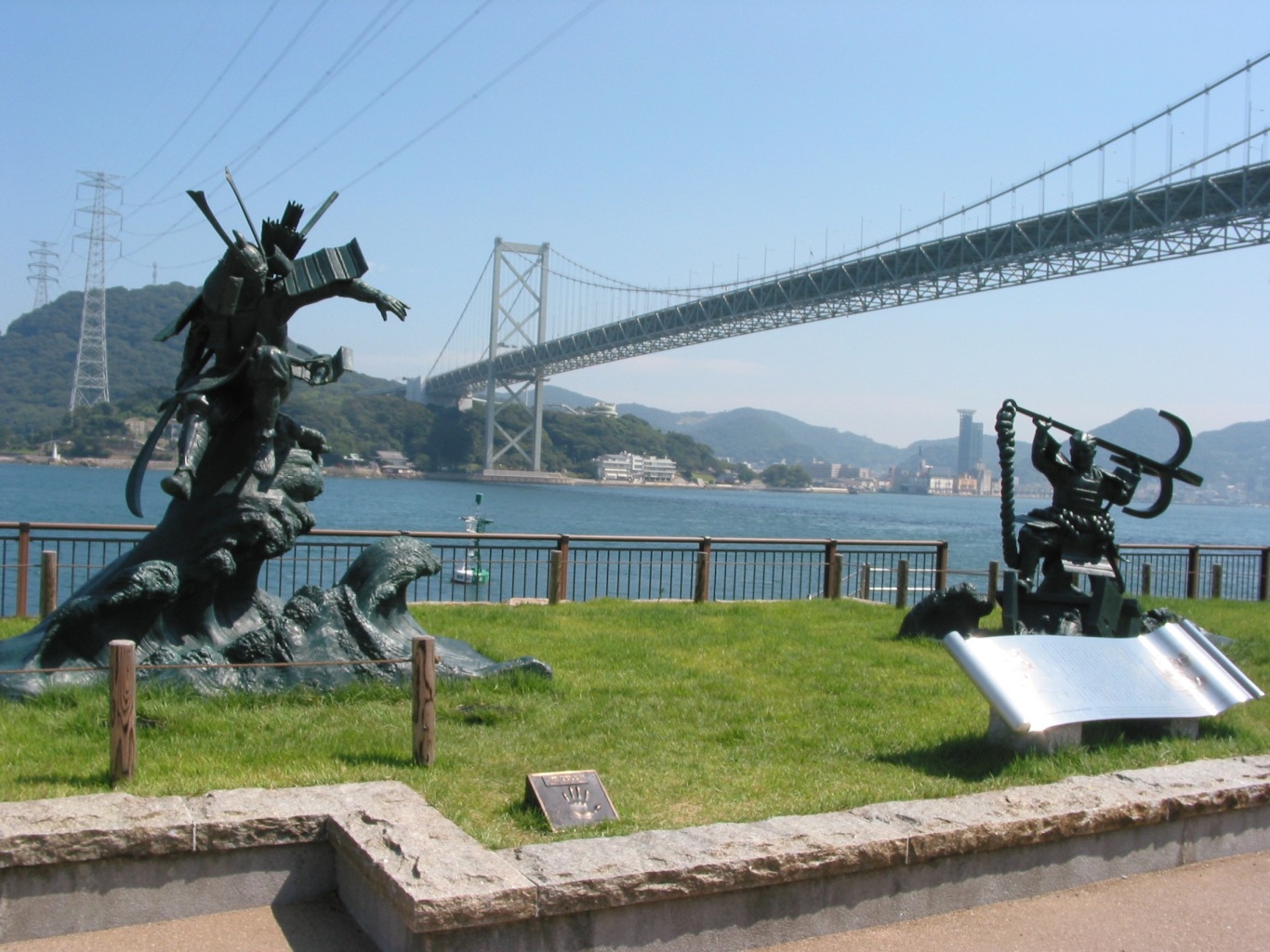 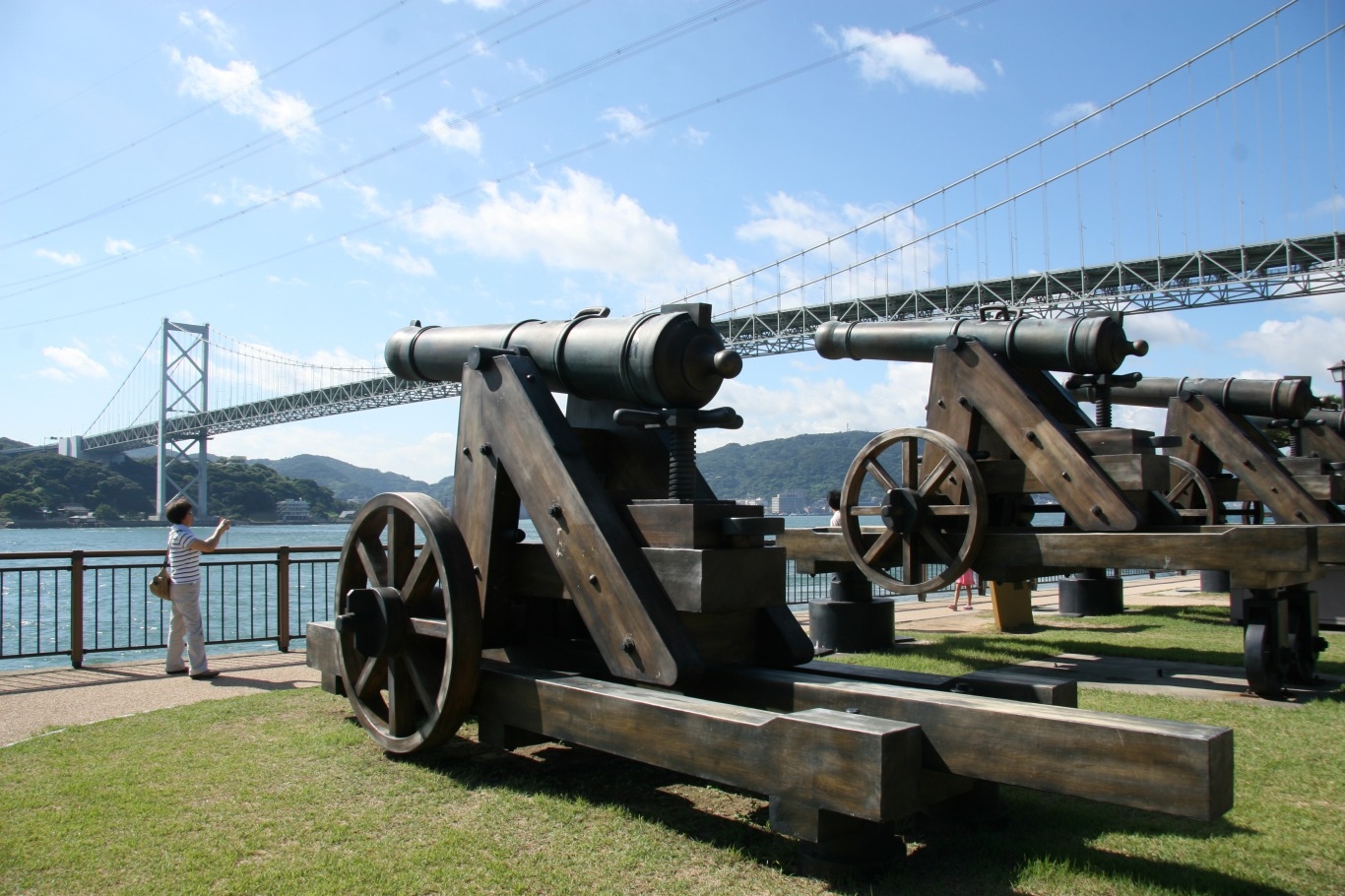 This is a battlefield mark of the battle of Dan-no-ura, the last war between Heike and Genji in 1185.

Heike(Taira clan) got defeated in this battle by Genji. The family was destroyed by the death of emperor Antoku by drowning himself as an 8 years old child along with his grandmother Nii-no-ama. The buke society which will last until the Edo period was built by the Genji family after this battle.

The statue of Minamoto no Yoshitsune (Genji) and Taira no Tomomori(Heike) is standing with the handprints of famous actor Takizawa Hideaki and actress Nakagoshi Noriko who played in the drama about this battle of Gempei in Mimosusogawa park located in the front of the battlefield ruins.