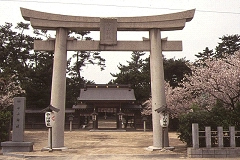 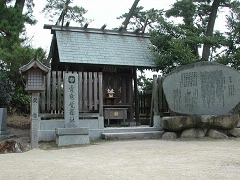 The shrine is dedicated to a young lord Nakayama Tadamitsu, one of the pioneers of the Meiji restoration. He was the uncle of Meiji emperor and took part as an extremist in the confusing period at the end of Edo. He was assassinated in December 1864 when he was 20.

Together with his grave, the final ruler of the Qing dynasty in China Xuantong Emperor (Pu Yi) is also buried in here as Aishin-Kakura Fuketsu together with his wife Hiro (Aishinkakura), who is the granddaughter of Tadahiro.