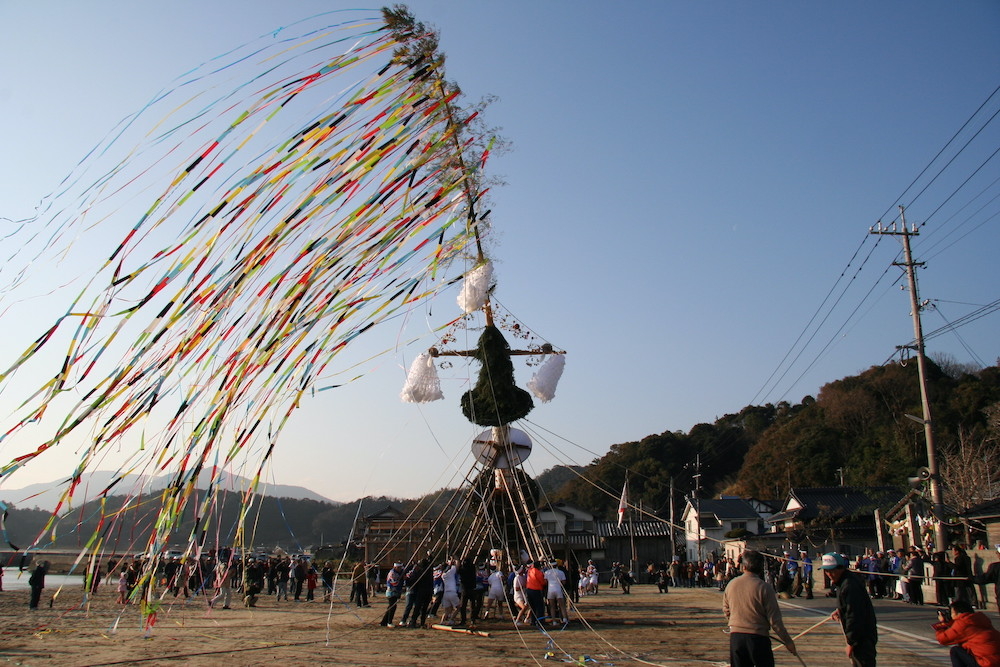 In the Event which has been performed in Every Year, small New Year holidays (14.15 days of the lunar New Year), the Now is performed in National Foundation Day of February 11.
The Sacred rites which put "the Kobayakawa forces enshrinement of a god" that came to be performed after "Shinmei festival" prayed Ise Grand Shrine when, in addition, child, 景継 went to the front of the Korean Peninsula according to Takakage Kobayakawa with 祖, Munekatsu Ura of the Atsuki Feudal lord in (sentence salary 1) in 1592 that put Shinmei Faith that Event of the exorcism of the Imperial Court called the bonfire of the New Year's decorations was introduced into a civilian and believed "とんど" and the Sun-Goddess, and to respect together together.
After putting up an object of worship which I made with a pine and bamboo called "Akira God", and having dedicated "Shinmei Dance" "Shinmei Taiko (Japanese Drums)" in the bottom, Event to set fire to an object of worship, and to burn is continued protecting by a citizen of Atsuki Districts.
I was appointed in country finger Sadashige Intangible Folk Cultural Assets required in March, 2009.